Summer workouts are held every Monday,

The team will meet first in the gym prior to moving to the turf field.

Q. When is the first official practice of the season?
Monday, August 15th at 3:45 pm.  All players are to meet in the gym.

Q. How much are the registration fees for Football?
Please refer to the District Athletic Participation Fee page.

Q. What are the playing time mandates of the freshman football program?
There are no specific play mandates at the high school like there are in youth football.  However, freshman football is designed to develop young athletes in both the practice and game settings.  The overarching goal of our freshmen program is not to purely compete to win games; but, more importantly, to build the skills, techniques and a love for the game for all 9th graders in preparation for JV and Varsity football.

Q. When and where are the Freshman games?
Our conference, The Central Connecticut Conference (CCC) schedules all games.  Freshmen typically play a 10 game schedule with games being held on Thursday afternoons at 3:45pm

Q. What equipment is needed to participate?
Players are only asked to purchase cleats for the season, all other equipment including helmet, shoulder pads and jerseys are provided by the school.

Q. How often does the Freshman team practice and what are the practice times?
During the school year freshman practice on Monday, Tuesday and Wednesday and compete in games on Thursdays.  Friday practices are subject to coaches discretion. All practices begin at 3:15pm and conclude at 5:30pm.  At the conclusion of the school day, all players are to report to a designated location (either weight room, film room or study hall classroom) until coaches signal to begin preparation for practice.

Q. What are the eligibility standards for Freshman football?
Please refer to the Academic Requirements page.

Q. Can my son play on the JV or Varsity team at any point in the season?
It is possible for freshman to participate in varsity and junior varsity games.  Before a freshman is invited to participate at a higher level consultation will take place with both the player and the players parents.

Q. What info/permission forms need to be completed to participate?
Please refer to the Register for Athletics page.

Q. I am interested in volunteering this year and would like to know what process I need to follow to pursue this.
Participation with the Gridiron Club is highly recommended for all parents of players on the team. Whether that means attending monthly meetings, volunteering on game days or helping with our fundraising and community service activities we welcome the support. 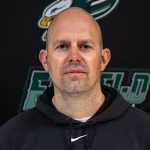 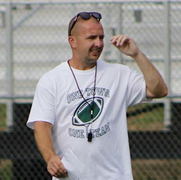 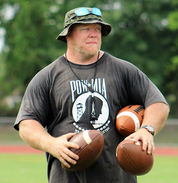 Born and raised in Enfield, Coach Flynn began his 1st season with the Eagles in 2016.  Flynn previously worked on the Fermi High coaching staff.  Flynn is also the head coach of Enfield High Wrestling. Flynn is a graduate of Enrico Fermi High and attended East Stroudsberg University.  He is a physical education teacher at East Windsor High 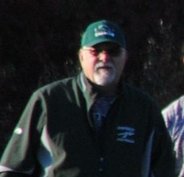 Born and raised in Enfield, Coach Lyver Sr. began his 1st season with the Eagles in 2016. Papa Bear previously worked on the Enfield High coaching staff since 1994.  Papa Bear is a graduate of Enfield High School. 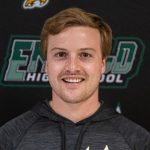 Coach Leslie is currently an 8th grade Social Studies teacher at JFK Middle School in Enfield.  Coach Leslie is a UConn graduate.  "As an assistant coach, I will be focusing on the wide receivers for EHS football and I look forward to helping these athletes reach their highest potential both on and off the field." Coach Leslie 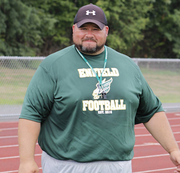 A long time Enfield resident, Coach Diaz began his 1st season with the Eagles in 2016.  Diaz previously worked for many years with the Enfield Ramblers Youth Football organization. Diaz is a graduate of East Hartford High School.  Coach Diaz serves as the head freshman football coach.

Born and raised in Enfield, Coach Hebert joined the Eagles coaching staff in 2018 as a Freshman Assistant Coach.  Coach Hebert is a graduate of Enrico Fermi High School and a US Army veteran. 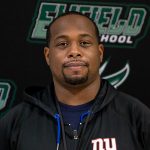 Coach Maynard was born and raised in Enfield.  He was a graduate of Enfield High and Eastern CT State University.  Coach Maynard has assisted with the staff since 2016. 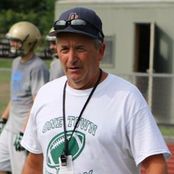 A long time resident of Enfield, Coach Thomas began his 1st season with the Eagles in 2016.  Thomas previously worked on the Enfield High coaching staff. Thomas is the former head football coach at Enfield and South Windsor High Schools.  Thomas is a graduate of Brockton High in Massachusetts and attended Northeastern University